Today I played around with some greens and the results are quite fun.  For those of you who have been following me for a while, you will recognize this look as my "signature" look (I can obviously change out the colours for whatever colours I choose--I guess the "signature" part is the way I apply the black in the outer corner).  I had wanted to use some of the new Madd Style Cosmetics colours I had picked up and I was requested to use a couple of these colours as well!

In real life (had I done this look at a time of day where I could still capture it with natural light) the black is so much more awesome and so sparkly (it has glitter that shifts from green to gold and is super neato!).  This picture still does a pretty good job of reflecting the overall look though!  I do believe I will be putting together a photo (or filmed?!) tutorial for this look this coming weekend.  Mhmm, yep!

Look out for an Inglot Haul post coming up soon--I went to my *very first* Inglot counter and picked up some goodies!  You can kind of see a sneak peak of one of the products in the above picture (I picked out a few of their brow colours and so far I am liking them a lot!!).

Thanks, as always, for dropping by!  I hope this has inspired you to pull out some of your green shadows.  :)

It's time for another "talkie" tutorial!!   This look was requested by a Madd Style Cosmetics fan in our little MSC Facebook group page!  If you're a lover of MSC and you're not in the group...what's stoppin' ya?!  :)

If you want to find out how you can make blue and orange toned gold go together in a single look, I hope you will take a look.  :)

For a recap of the supplies used:

Here are some pictures of the final look:

Thank you so much for dropping by to take a look at this tutorial.  I hope you enjoyed it and that you'll want to try it out on yourself!  :)

If you have any requests for colours you'd like to see my use, please let me know.  Comments are fun!!  :D
Posted by dslrbbt at 6:54 PM 4 comments:

I don't use my reds enough.  This tutorial hopes to break that habit!  I also felt like doing something kinda vampy instead of the typical "Valentine's Day" looks that are popping up out there around this time of year.  ;)  If you'd like to find out how I achieved this look: 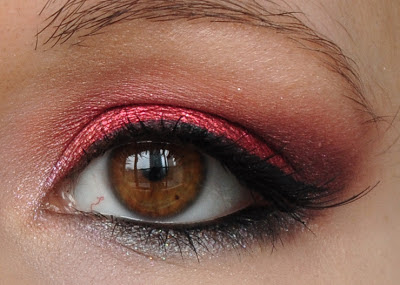 A couple of weeks back, MTCoffinz posted on their FB page that an unheard of sale would be happening on their pressed shadows.  Due to an order amount mix-up, they were offering a BOGO (buy-one-get-one)!!  I knew this meant I had to stock up on some of the ones I had been lusting after for quite some time. I also took this as an opportunity to get a friend of mine into their cosmetics as well.  We went in on an order together and I ended up with 7 new shadows.  Woo!

Truth be told, I have A LOT of eye shadow.  However, what I don't have is A LOT of pressed eye shadows.  This is one of the main reasons I was so excited about this sale--I much prefer traveling with my pressed eye shadows, for example, and so rounding out my MTCoffinz collection was a must do, as far as I was concerned!  :)

Here are the colours that I picked up this time around: 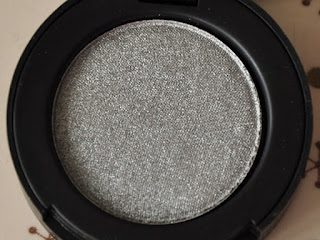 Acid Reign.  A yellow-toned green with a golden shimmer. 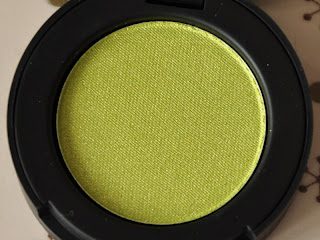 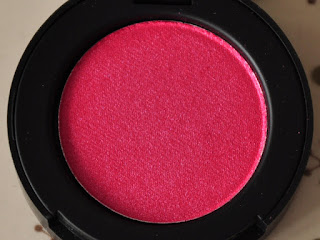 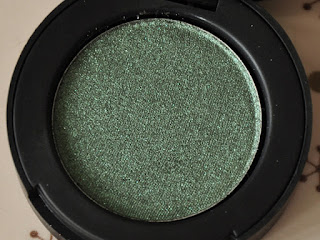 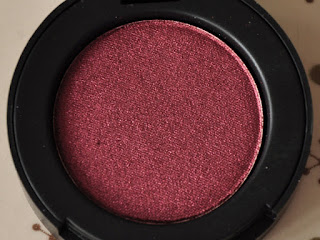 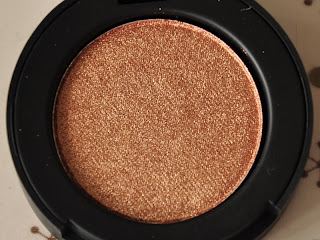 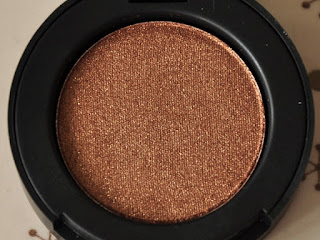 Here they all are swatched in natural light.  I swatched them over MTCoffinz's "Under the Rainbow" eye shadow primer.  The order from left to right: Malevolent, Acid Reign, Rumor, Vexed, Medusa, Tantrum and Wired.

And here they are swatched with a bit of flash to show off the shimmeryness that is present in most of them!

For the most part, these performed very well.  They were soft and applied evenly to the skin.  Stand-outs as best/easiest to apply were: Malevolent, Tantrum and Wired.  The only colour that gave me an issue was Medusa (as I think you can tell from the swatch).  These were all swatched using the same brush (that I cleaned off between colours) but when I tried to pick up Medusa I noticed (as I have with some of MTCoffinz's other dark shadows) that it was very "hard" to the touch and the brush wasn't able to pick much colour up.  I tried scratching away a top layer to see if a crust had formed (or something like that), but it didn't seem to help much with the application of the colour.

In the end, I am very happy with my order and the colours that I received.  I would recommend using a very "stiff" brush when working with MTCoffinz's darker colour as that might make it easier to pick the colour up.

Thanks, as always, for dropping by!  What do you think of the colours I picked up?  Do any of them stand out for you?  :)