Sometimes you just want to do a bright and funky lid with a dark and smoky lower lash line...right?  I know that I sure felt this was the perfect way to cap off a pretty long and exhausting week!  :)

I put together this look using several Sugarpill Cosmetics colours as well as a couple colours from Madd Style Cosmetics. 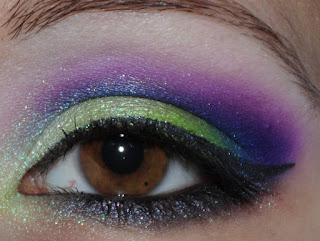 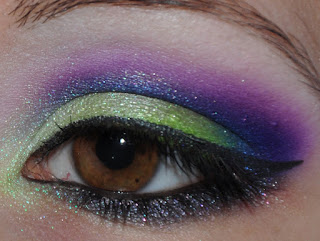 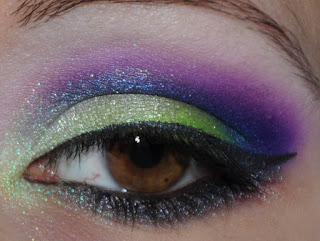 Thank you as always for dropping by.  I hope you enjoyed this little mash-up and I hope you're all having a fantastic weekend!