Today was a glorious day! I received my new vegan primer from SoBe Botanicals!

A bit of back story: I have been traumatized by companies messing up my order/not sending my orders out. The result of this trauma is paranoia about every package I ever order not getting to me. I have to say, Lex (of SoBe Botanicals) was wonderfully communicative throughout my waiting period. I had originally emailed her when I didn't receive a shipping notice. I was informed that the website automatically generates an email notice, even though international customers are exempt from actually being sent a tracking number or shipping notice. This is normal, and I'm used to it--but because of the auto-email, I was concerned. The day after emailing I heard back from Lex and she reassured me that my package was shipped in the 5th of January. By Wednesday the 26th when I had still not received my package, I emailed Lex again (see?! paranoid much?!!). She once again replied and said that harsh weather may have been the issue and she asked me that I let her know when my package did get to me. A+ for customer service, for sure! And then today I excitedly emailed her to announce that my package did make its way to me!

And here's the proof: 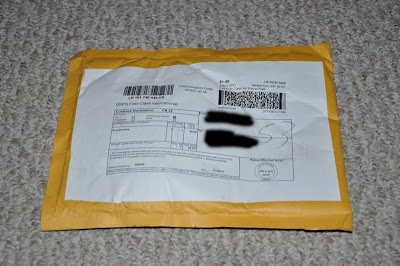 And the excitement doesn't end there. Upon opening the package I was confronted by this adorable packaging: 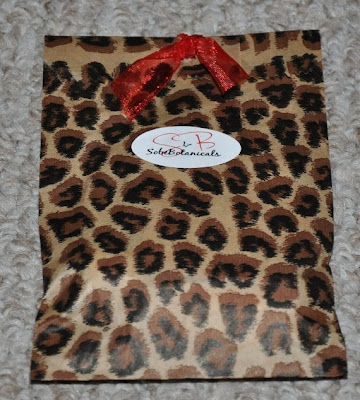 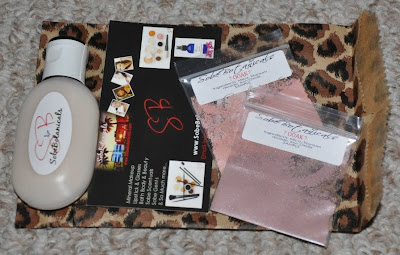 The primer, the pièce de résistance, was sealed. A nice reassurance that the product hasn't been compromised in any way,shape,or form. 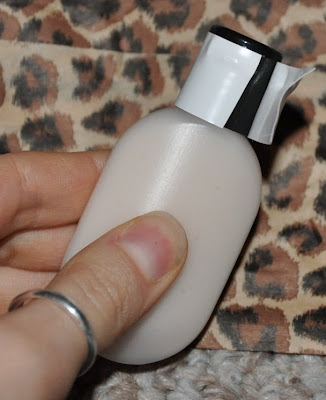 And the product itself: 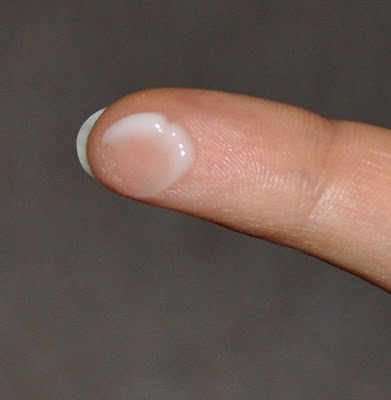 My first impressions of the product were very positive. I think that had a lot to do with the packaging and the way the product arrived and the communication I had received from Lex. The texture of the primer is very light and what you see in this picture was what I used for both of my eyelids. The scent of the product was nice: there was a freshness to it. When I put it on my eyelids it was a bit cool, which wasn't unpleasant. It was very smooth to apply--though I wasn't exactly sure how much to use!

Later impressions: I applied some MSC pigments over top of NYX eyeshadow base in white (all over top of the primer, of course!). The immediate results were awesome. The primer seemed to help my base stay in place, and applying pigment over top didn't give me any issues. 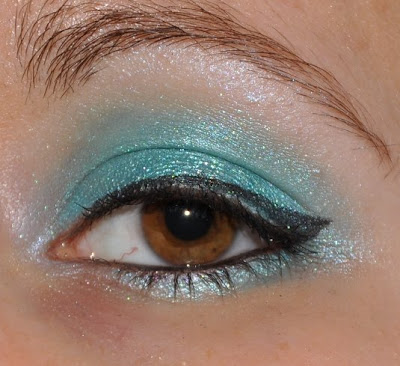 This is MSC's Nirvana (on the lid) with Sub Zero in ducts and as a brow highlight. Time Warp as a liner.

Even later impressions of SoBe's Primed and Proper: About an hour after application, my eyeshadow still looked great. But after two hours I definitely have creasing (more on one eye than the other, it seems). I'm not entirely discouraged by this because I wasn't exactly sure how much product to use. I will experiment using less first and then more after that.

Knowing 100% that this primer is vegan makes me very willing to try to make it work!

When I received my package and let Lex know, I also told her I would be writing up a blog about it. She asked me to forward her the link and I did--also saying that she might be able to help me out with my amount of product issue. Lex let me know that she uses about half the amount I pictured for both eyes. So tomorrow I will try it again with way less product! And hooray for that--cause that means the 1/2 oz bottle will last me a long while!!
Posted by dslrbbt at 7:51 PM