When Urban Decay announced that they were going to be making their 24/7 pencil in "Perversion" a permanent full-sized fixture in their line (previously the pencil could only be bought as part of a set and usually (if not always?) that set was a travel size)...I *knew* that I had to have it! And since I was already putting in an order, I figured it was a good excuse to also order one of their concealer pencils in one of the newest shades. And THEN I also bought a small thing from the "sales" page--cause you know--sales are fun?! :)

My order got to me yesterday and I was super duper excited. I wanted to play with everything right away--but I managed to wait until I could take pictures today (in rather crappy lighting, admittedly). So without further ado...my order! 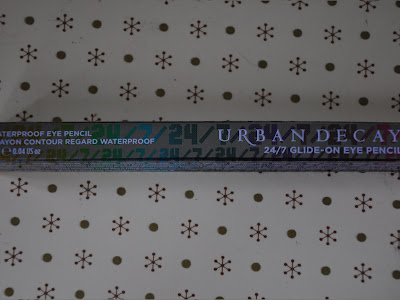 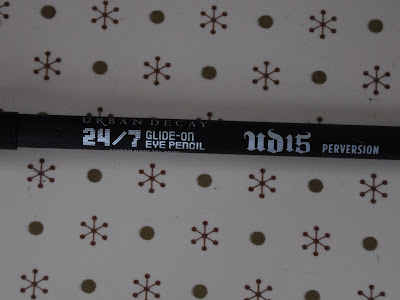 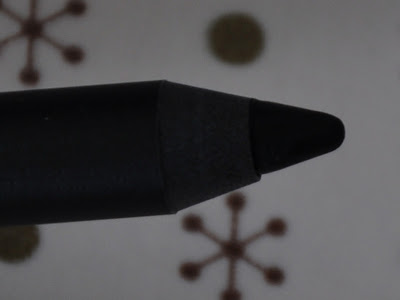 This is likely a comparison you've seen before, but I had to do it for myself (of course!). This is 24/7 pencil in "Zero" compared to "Perversion". 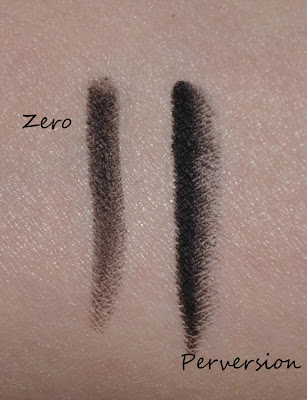 (I mean, come on. Can that even be called a comparison?!)

Next, the Pocket Rocket lipgloss in "Julio"! This was the item I got on sale. I think it cost something silly like 5 bucks. (Yep, I'll take it!) Originally I was thinking this would be fun to layer on top of my OCC Lip Tars. 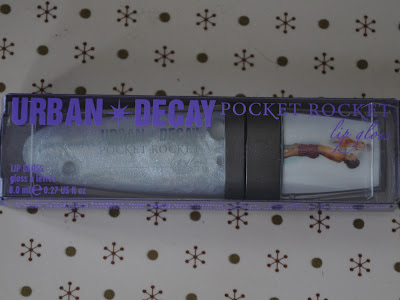 The handle of the gloss's wand has this weird holographic picture of a man with a baby...I don't really "get" it...but you know...okay. Man with baby. Good! 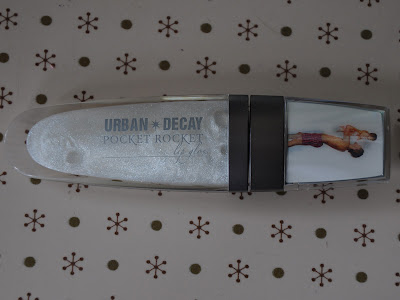 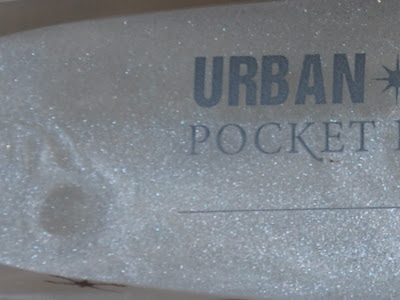 The wand has a "paint brush" type tip. It seems like a pretty nice wand. The product itself has a scent...I can't really put my finger on what it's supposed to smell like exactly. It's sweet and cupcake-y. 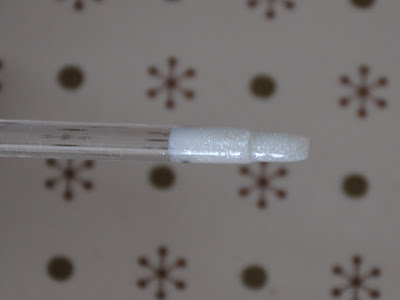 I even tried to swatch it. No flash on the left, with flash on the right. The texture of this gloss is quite nice. It's on the "thicker" side, but I don't mind that one bit. 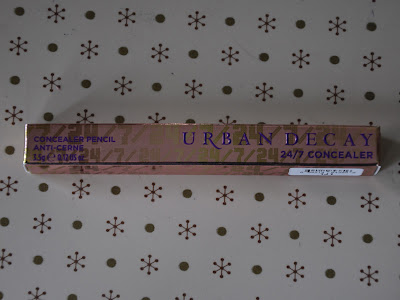 (This and the 24/7 pencil box are going to be the boxes that I keep for absolutely no reason...other than...because they're pretty...)
The pencil itself looks like this. 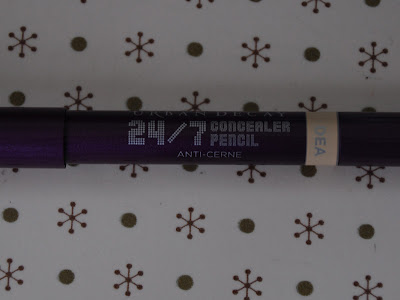 And the product looks like this. My plan is to really "wear" it down so that when I sharpen it, I don't lose much product. 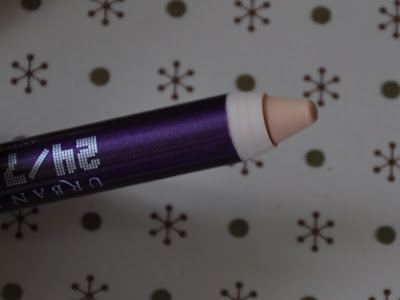 I also attempted to swatch this in my failing light. No flash on left, with flash on right. The product itself is nice and creamy. It glided on to my skin very smoothly!

(I actually think I managed to pick out a pretty decent colour for myself, hooray for that!!)

And that concludes my mini UD haul!